The Pursuit of Iron Ore

President Getúlio Vargas signs, on April 9th, the decree for the creation of Companhia Siderúrgica Nacional.

Casa de Pedra mine was nationalized and incorporated into CSN, ensuring self-sufficiency in iron ore for the company

The Sepetiba port complex was opened by Companhia Docas do Rio de Janeiro (CDRJ). The first implemented project was a coal terminal to meet the needs of the President Vargas (UPV) steel plant.

CSN leased the Sepetiba port terminal for a period of 25 years, renewable for another 25 by means of an entry contribution of US$37 million. CSN invested R$100 million for the operation’s modernization.

Nacional Minério S.A. (Namisa) is founded, a fully owned subsidiary of CSN, as a trading company for iron ore sale in the seaborne market.

In 2015, CSN has concluded merging of her Iron Ore main assets with an Asian consortium which already was partner at Namisa. With it, at the same year, is created CSN Mineração, which includes mine assets of Casa de Pedra, Engenho and Pires, the lease right to operate the bulk terminal called TECAR and 18,63% of MRS Logística shares.

On May 11, 2017, the Company’s subsidiary, CSN Mining Holding SLU, constituted CSN Mining Portugal Unipessoal Lda., holding 100% of its share capital. And on July 12, 2017, the Company acquired from its controlling shareholder, CSN, the total shares of CGPAR Construção Pesada S.A. (“CGPAR”). Subsequently, on August 31, 2017, the company approved the incorporation of CGPAR, extinguishing its existence.

By 2020, 100% of our processes became independent of the use of the tailings dam. On another front, 2020 also marked the end of the process of decharacterizing our first Tailings Dam, the B5 Dam.

On February 17, 2021, the Company opened its capital, conducting a Public Offering of Primary and Secondary Distribution of Common Shares, in an over-the-counter market not organized in Brazil, with the final result of the Offering the primary distribution of 161,189,078 new shares; and the secondary distribution of 422,961,066 shares held by the shareholders Companhia Siderúrgica Nacional. Offered at a price per share of R$ 8.50, totaling a volume of R$ 4,965,276,224.00.

CSN Mineração S.A., CSN’s main subsidiary in the sector, is the second largest exporter of iron ore in Brazil and is among the five most competitive in the seaborne market.

With certified reserves of more than 3 billion tonnes according to the Joint Ore Reserves Committee (JORC), the company owns the Casa de Pedra and Engenho mines, the Pires processing complex, an interest in the MRS railway and an iron ore export terminal at the Port of Itaguaí (TECAR).

The integrated operation and its high-value assets allow CSN Mineração to be one of the most efficient companies in the sector, with a leading position in terms of cost and quality. 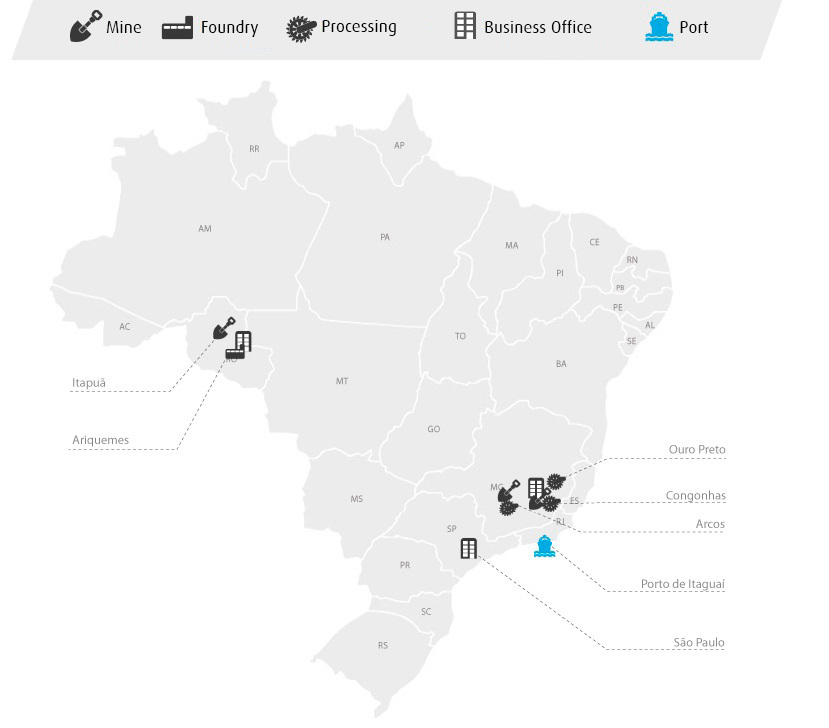 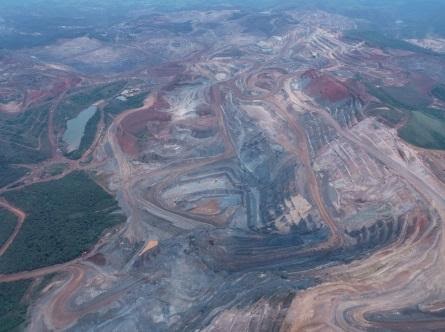 The ore is mined in four bodies and is processed in the Central Plant (wet route) or the Mobile Plants (dry route), located near extraction areas.

The ore is transported to the Port of Itaguaí (TECAR) via rail terminals located in the Casa de Pedra mine and the Pires Complex. 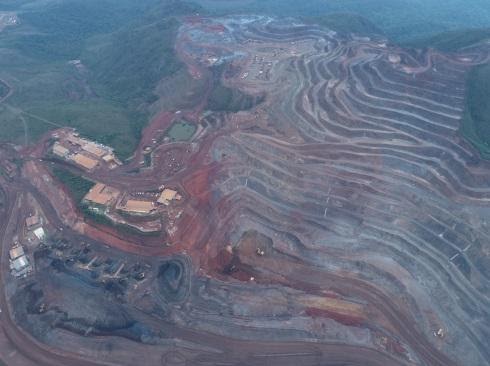 The Engenho mine is located near Casa de Pedra and has reserves estimated at 300 million tonnes of ore (SNOWDEN certification, 2014).

Pires currently produces lump, sinter feed and concentrates. The ore is delivered by a railway terminal located inside the complex. 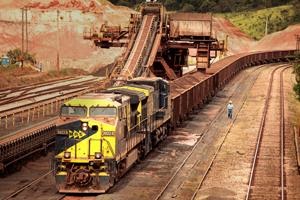 With rail operations in the states of Minas Gerais, Rio de Janeiro and São Paulo, MRS is a concessionaire that operates more than 160 million tonnes of cargo per year. CSN Mineração S.A. holds an 18.63% interest in the controlling group.

In the domestic market, this railroad transports most of our products, serving CSN’s own steelworks located throughout the southeast region of Brazil. 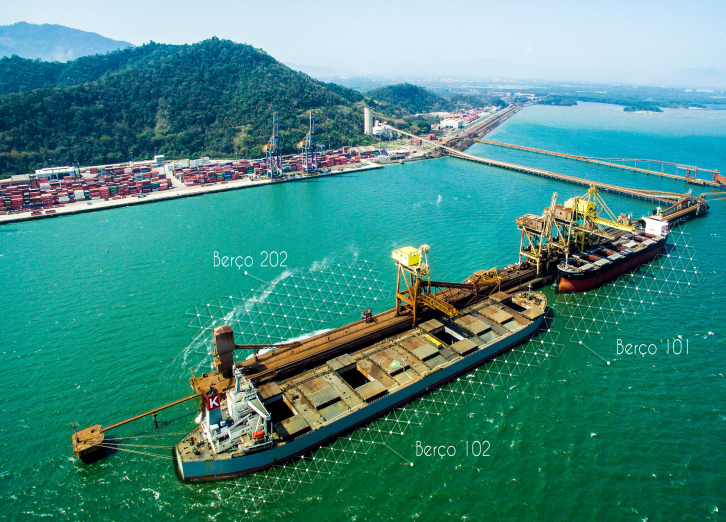 TECAR, located in the Port of Itaguaí, is athe port terminal managed by CSN Mineração. It is connected to MRS and has an annual export capacity of more than 42 million tonnes of iron ore.

The terminal also has the capacity to unload 3.5 million tonnes of reducing agent at berth 101 and the ability to operate other bulk cargo at berth 202.